As the original maker and seller of the Torch Exhaust Flamethrower Kit, I should have the largest flames. What is needed is a crazy setup that adds fuel directly to the exhaust pipes. The Torch MS3 has now been equipped!

The Torch TransAm had a similar setup that belt out 2-foot blue flames to nearly 6-foot orange/red flames. This was a rudimentary setup spraying white gas into the tailpipes. This has changed with the new setup.

The Torch MazdaSpeed3 now has a tenacious fuel injection setup! The new setup sprays/mists white gas to theoretically create flames larger than ever seen by my cars.

Reservoir Tank and Pump: The switch panel allows for Pump and Solenoid
purging from the trunk. 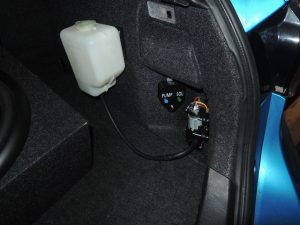 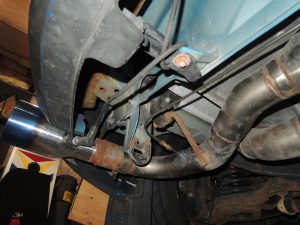 Solenoid Placement: Solenoid connected to the tailpipes via 3/16″ brakeline that
is split using a T connection (not shown). 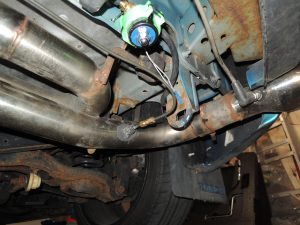 View all posts by TORCH